What do you think is in store for Blackfen’s future?

Blackfen continues to be a bustling shopping area, continuing to serve the local community.

What do you like about Blackfen? Is there anything you dislike or feel could be improved?

A major change in Blackfen’s appearance has been created by the erection of Woodman House in Westwood Lane. What do you think about it and its visual impact on the area? 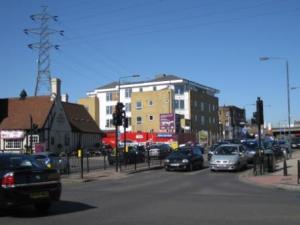 A new style of domestic architecture has made its appearance at the western end of Blackfen Road which is perhaps more sympathetic to its surroundings. 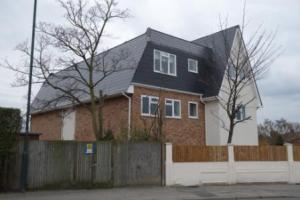 New residences in Blackfen Road, corner of Queenswood Road in 2013

Following a request from the Blackfen Forum, a bench was installed and a tree planted in Blackfen Parade by Bexley Council in March 2011 which helps to brighten up this part of the shopping area. 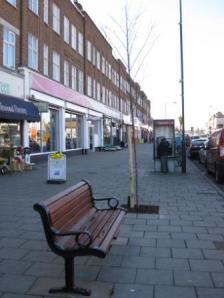 On 20 November 2014 a meeting was held to launch ‘The Blackfen Association‘ which aims to improve Blackfen for its residents and traders. In December 2014 Bexley Cabinet Members decided to withdraw Blackfen Library from the council service and seek a community management organisation to run it instead.