Giffard Le Quesne Martel, born in 1889, lived at Queenswood House, Blackfen after his family moved there in 1910. After attending the Royal Military Academy, Woolwich he was commissioned into the Royal Engineers. He served in France from 1914 and took an active interest in the development of tanks. After the war he lived in Camberley, Surrey and he built a workshop in his garden where he built a prototype one-man tank which others later developed into the British light tank and machine-gun carrier. He also served in the Second World War in France, India, Burma and Moscow. He was described as “a remarkable officer and constitutionally fearless… a natural bruiser… with a deep hoarse laugh”. 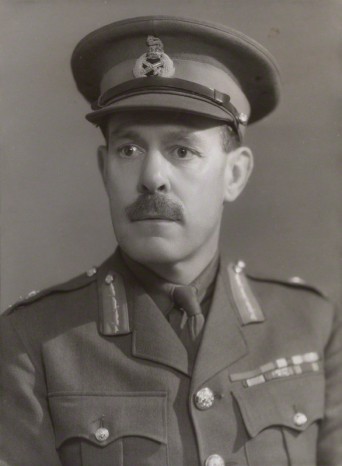 It was when he was back in London in 1944 that he lost an eye in the bombing of the Army and Navy Club. He died in 1958: he was found dead, shot in the head, with the shotgun near the body.

His parents, Brig.-Gen. Sir Charles Martel and Lilian Martel, lived at Queenswood until 1931, when the estate was sold to the housing developer, C. R. Leech.