Look familiar? These roads are actually in Carshalton, Surrey. This estate was built by Charles Richard Leech who was also a linoleum maker. He had designed a floor-covering which was of improved quality and cheaper to manufacture than before, and his success meant that he could buy up large areas of land for redevelopment in the early 1930s. In Blackfen he built hundreds of houses on what had been Westwood Farm, Heaslip’s Farm and Queenswood and he also built houses in Old Farm Avenue, Sidcup and the Kingswood Estate in Swanley.

Leech’s 1930s houses and bungalows are still serving us well in Blackfen – although many have been extended and altered, but I would think the original lino flooring in the houses he built is long gone! 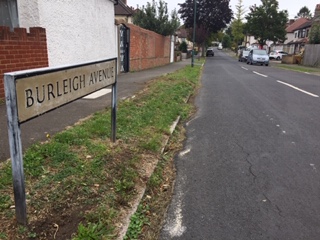